In order to help protect you and your loved ones from the spread of coronavirus, from this Friday (24 July), nearly everyone must wear a face covering in shops and supermarkets as well as on public transport and NHS buildings.  It’s the law.

By face coverings the government means coverings, such as cloth masks, scarves and bandanna.  They are asking that people do not wear medical grade PPE masks, unless they work in the NHS, a Care Home or provide intimate personal care to someone in their own home.

A few people won’t have to wear a face covering.  These are: children under 11 and some people with a physical or mental impairment or disability that includes:-   people who can’t put on, wear or remove a face covering because of a physical or mental illness or impairment, or disability;-   if putting on, wearing or removing a face covering will cause you severe distress;-   if you need to to eat or drink or to take medication; or-   if you are shopping with or providing assistance to someone who relies on lip-reading to communicate.”

To promote the changes Bristol City Council will be launching a campaign called Are You Covered?

Council staff including the Mayor, cabinet members and the Director of public Health, will be handing out free masks to the public in Broadmead, The Galleries, Cabot Circus and the Bus Station on Friday.

Please support the campaign on social media by looking out for and using the hashtag #AreYouCovered?

And please remember to use a mask, social distance and stay safe.”

Now is a fantastic time to consider a change of scenery. There are dozens of deals on travel for you and other supporters to take advantage of.

From increased donations with Travel Supermarket to flight and hotel packages with Expedia and even the reopening of Disneyland Paris, there are a lot of savings to be made and great opportunities to raise large amounts for Bristol Disability Equality Forum. 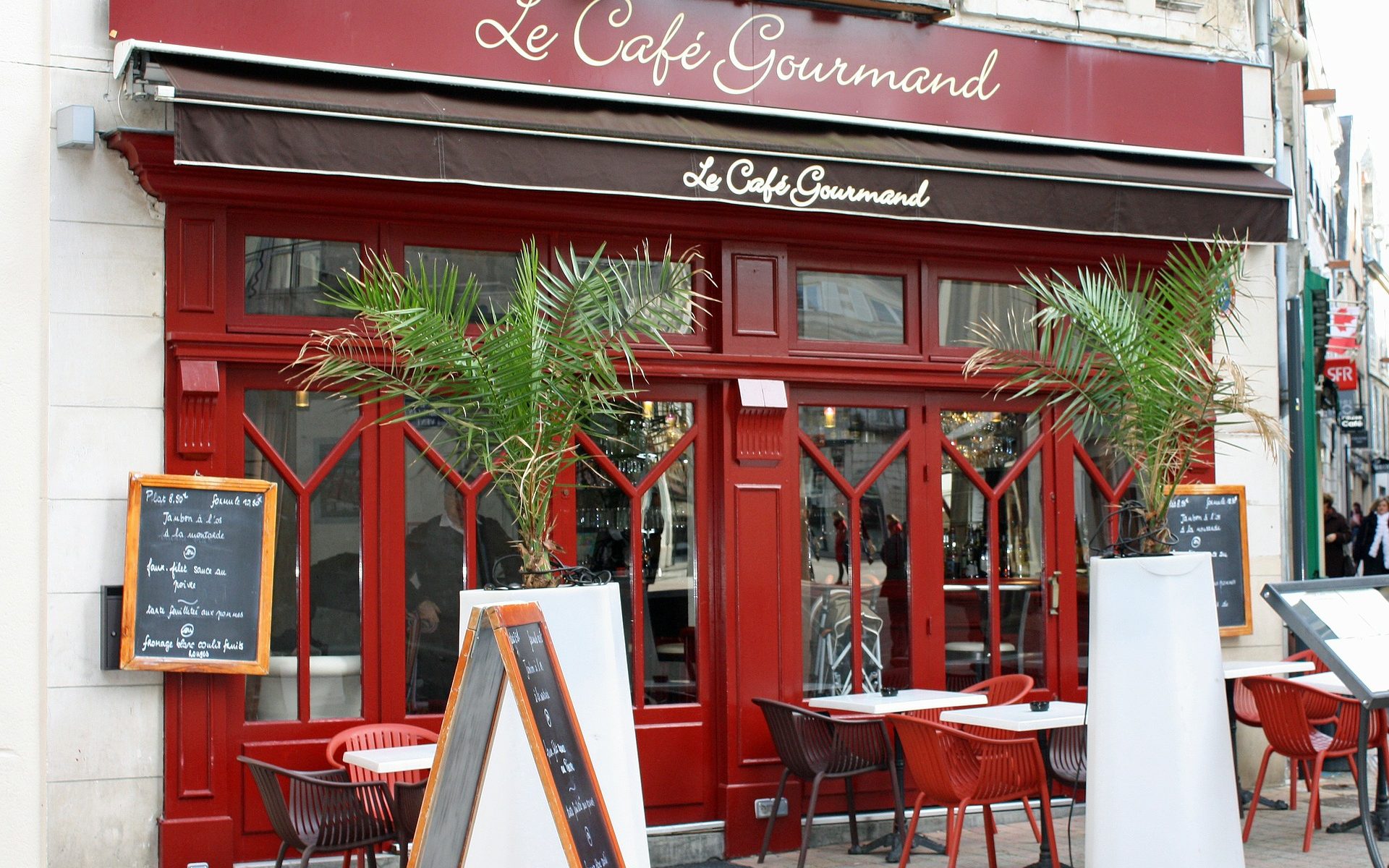 In the Business and Planning Bill that will be discussed in the House of Lords next week, the rules for street furniture on pavements (‘A’boards, other signs, chairs, tables etc) are being relaxed, to encourage eating outside.

This Bill, if passed, will mean that councils will only need to publicise any proposed changes to the patch of pavement a business wishes to spread out onto, and give five working days for objections. So, if you are self-isolating or shielding, or unable to use the internet, you will only hear about the proposal through sheer luck. And, with only 5 days notice for people to object to the proposal, the changes will almost certainly have happened before you even know about it.

Disabled people with various mobility and vision impairments will experience substantial difficulties navigating their local area and social distancing. For many this will mean they can no longer use the pavements safely, if this change in the rules happens. Vision impaired people (VIPs) will be at particularly high risk of injury from tripping over any street furniture and It will also make social distancing almost impossible for those with mobility or vision impairments.

Contact you MP today and ask them to vote against this proposal. You can find the contact details for your local MP at: https://www.parliament.uk/get-involved/contact-an-mp-or-lord/contact-your-mp/ .

Come along and join Laura,our Forum Manager, at this event.

The Disabled People Listening Event scheduled in for Friday 10th July, 14:00-16:00 has now gone live and can be accessed via the link below:

What are your experiences of accessing and using healthcare services during lockdown and the coronavirus outbreak?

Coronavirus has meant that there have been many changes to healthcare services, such as using more technology and telephone appointments, and prioritising certain services. We would like to learn more about how these changes have affected Disabled people, what has worked well and where we could improve.

Bristol, North Somerset and South Gloucestershire Clinical Commissioning Group is holding a listening event on Zoom for Disabled people, for those living with physical impairment visual or deaf/hearing impairment and those living with learning difficulties, to find out your views on how healthcare has changed.

Please note the event will be limited to 60 participants, therefore only 60 tickets will be available. However, if we do reach capacity, the next 10 people who register interest can go on to a waiting list and will be contacted if a space opens up. *Please note that if you are planning to join the event as a facilitator or speaker you do not need to register via Eventbrite.

“We had members contact us about the dates on the boxes they received and we sought clarifications on their behalf. We were told that they had been tested and were safe for use.

“We are appalled that due care and attention was not given to the risk of using these masks,” she added.

“The masks have been used in services where there were already outbreaks and the consequence don’t bear thinking about.”

The masks were sent to every care home in the country at the peak of the pandemic. At the time, stock was being diverted to the NHS and care providers were unable to access supplies of masks from their normal supply chains.

When the NCA raised a query that these masks were from a government stockpile and out of date by as much as seven years, they said the official response was that the masks had all been rechecked and were in working order.

“In reality, we now learn, they were faulty and have only just been recalled – when most will already have been used months ago,” said Ahmed.

In a recall notice issued by the Department of Health and Social Care on 26 June, care homes were told they must immediately stop using the Cardinal Health IIR masks and destroy them because of “a risk to staff” if the masks degrade.

Ahmed said: “We face continued challenges as a sector because Covid-19 is still within communities. Insurers are taking Covid cover out of their policies on renewal whilst raising the costs to cover the businesses. Clearly, government will have to take full responsibility and liability for any backlash caused by their actions.”

Martin Green, chief executive of Care England, said the incident had put staff and residents at risk, as well as putting homes at risk of serious financial consequences. “This clearly shows that some of the advice given by government throughout the pandemic turns out not to have been the right advice.

“I don’t know how the government got it so wrong but we need to know who told care homes the equipment was safe, who gave them their advice and how that advice was so wrong,” he added.

Both Ahmed and Green said the incident showed that the “protective ring” the government said had been thrown up around care homes was anything but protective.

“Once again we note that care providers were at the back of the queue,” said Ahmed.

Green added, “I have never believed in this protective ring because I’ve never seen a single example of it. This incident is yet more evidence that it never existed.”

Sky News reported that the same masks were issued to GP surgeries and have also now been withdrawn, leading to concerns that thousands of medical and care staff may have been affected.

A Department of Health and Social Care spokesperson said: “The safety of frontline staff has been a priority throughout this unprecedented pandemic.

“After being made aware of a defect with some Cardinal Health Type IIR surgical masks, we urgently issued advice last week to health and care providers to check if their stock included these masks and to dispose of them. The issue is now resolved”.

From Monday 6 July, toilets at St George Park, St Andrews Park and Brandon Hill Park will reopen, joining public toilets at Ashton Court, Blaise Estate and Oldbury Court that are already open. These toilets will be cleaned regularly throughout the day to ensure they are safe for staff and residents.

This is great news for Disabled people, older people, many women, and parents of young children, as some have not felt able to go to a park because of the lack of toilets. Too often it is a lack of knowledge, or consideration, and a failure to fully value inclusion (like closing toilets) that leads to creating disadvantage.

Two new temporary toilet blocks have also been placed in Queen Square and by the Amphitheatre. These toilets are now open between 10am-10pm, and are cleaned throughout the day . The toilets are closed overnight.